The Tradition of Kula Devi Idol 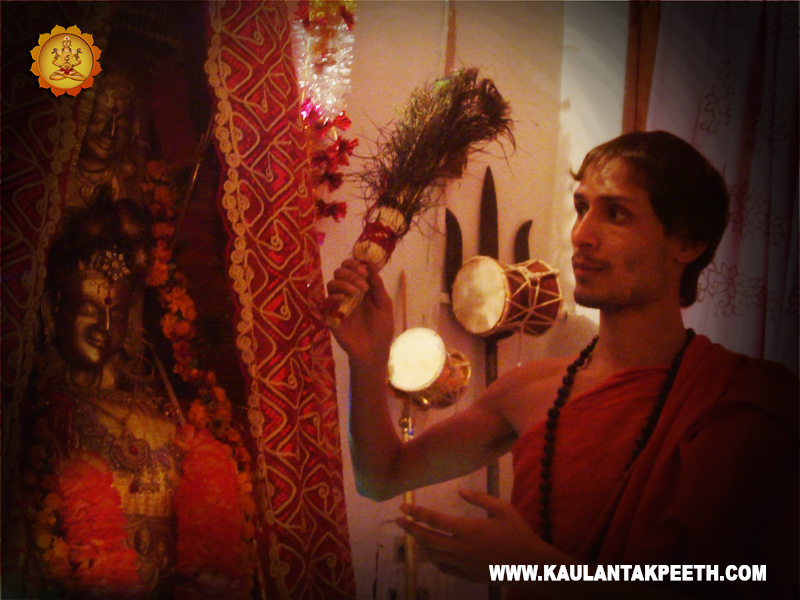 The Tradition of Kula Devi Idol

Devi-devtas of coming from various places of Kullu pay respect to Raghunathji at Dhalpur as they reach and settle down at their respective places allotted to them.

Kaulantak Peeth also known as Kulant Peeth or ‘Kula Peeth’ is famous for special idols of Devi Devatas, Rishi, Munis, Yaksha, Nagas, Gandharva, Beera etc. There are different types of idols which would leave you awestruck. Few idols are consecrated and established like in most temples in India, while most idols are living and moving idols which are known as Deva Rath, Mali Mukh, Kardi and ‘Nashan’.

Deva Ratha is a royal wooden structure, that looks similar to palanquin, which is decorated with metal masks that are made of Gold, Silver, Guilt, Iron, Copper etc. You can identify two types of Deva Ratha easily:

The Ratha that is carried on head is lightweight and can be carried by one person. In ancient times, there were just few Ratha in the Kaulantak Peeth because of the geography of Himalayan area, it was easier to carry the Deva Ratha on Head and visit any place of spiritual importance, like the temples and villages.
a) These types of Ratha are known as Karadu. Karadu means the Holy Basket. The Karadu is of different shapes and sizes, made up of wood, metal, bamboo etc. and decorated with pieces of long silk and brocade cloth. These Karadu holds the Mali Mukh (Masks) of the respective Devi-Devatas.
b) There is another Karadu that looks similar to ‘Palaki’ (palanquin).
One can easily identify the big Ratha which are ‘Pheta Ratha’ (Slanting) and ‘Khada Ratha’ (standing).

Then comes the neck area of the ‘Khada Rath’ wherein there are total eight Mukh of Devi-Devata in four directions. One can see this type of ‘Khada Rath’ in Saraj Valley of Kaulantak Peeth.

This looks similar to big chair decorated with different Mukha seated on the front side only. In Kaulachar it represents ‘Ek Amanaye’, which means omni-dimensional, that is always ‘Uttara Amanaye’ and the Bhav of this Deva Rath is ‘Veer Bhav’, that is always ready for battle like the great warrior.
Now how would one identify whether it is the God’s Rath or the Goddess’ Rath? The Goddess’ Rath would be decorated with the long ‘Chunri’.

Goddess Kurukulla’s temple is situated in Kotla village of Saraj Valley in Kullu District. It is obvious then, that the Rath of Kurukulla Devi Ji is similar to other Rath with the mushroom type canopy with the brilliant, mesmerising long ‘Chunri’ of the Goddess.

The Rath of presiding Devi Kurukulla Ji is unique. In the front side, there is the ‘Mukth’ (mask) of Kurukulla Devi Ji and in the back side, is the ‘Mukh’ of Vikulla Devi Ji, which is the ‘Tamasic’ form of Kula Devi Ji.

These are in total eight Shri Mukh on the Ratha of Kurukulla Devi Ji. The main Mukh is decorated with ‘Monal Kalgi’ and the feathers of ‘Jujurana’ bird and other ‘Kalgis’. The Devi wears big ‘Nath’ (Nose ring) and the different types of earrings with ‘Mang Tika’ (ornament worn on forehead) with a ‘Mukut’ (crown). Devi wears ‘Chandrahaar’, ‘Chauki’, and different ‘mala’ (garland) of different kinds of jewels, flowers and feathers. The Goddess has long black flowing hair. On the top of the Ratha, above the mushroom canopy, is the ‘Chatra’ made up of metal.

In the front side, just above the two Shri Mukh of Kurukulla Devi Ji, there is a special ornament called ‘Chanani’. The other Shringar of Devi changes according to every occasion, festivals and different Poojan.