Kula Devi and Her Shamanic Tradition 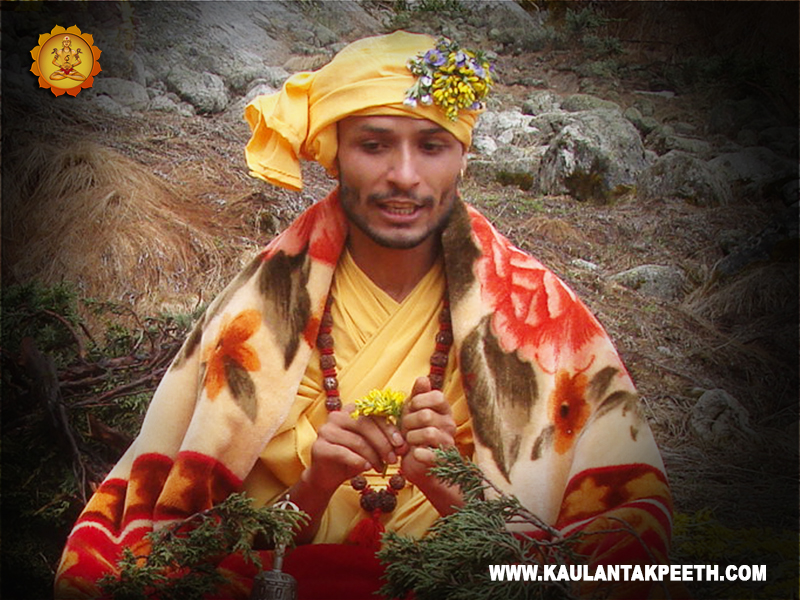 Kula Devi and Her Shamanic Tradition

There is a list of the officials dedicated to each Devi-Devata, who are called the ‘Sevaks’. This is the committee of the chosen people who take care of all the work of their respective Devi- Devata. This committee is personal, without exceptions, for all the Devi-Devatas. But for Kurukulla Goddess, Her Shamanic tradition is unique. The Shamans of Kurukulla Devi have special rights. You can understand these powers as the VETO powers over the ‘Karyakarini’, the official committee of Kula Devi, where they have all, right from the ‘Gur’ to the ‘Kaardar’ of the Devi to the ‘Bajedaar’ of the Devi. Usually, the ‘Karyakarini’ of Devi take care of the ongoings of the Devi.

The Shamans of the Goddess Kurukulla are divided into two parts. Some are the ‘Gupt Shamans’, the secret Shamans whose identities are not revealed in public. The others are the ‘Pratyaksha Shamans’ who live amongst the public and they do ‘sewa’, of the people. At the present time, there are eight Shamans of Goddess Kurukulla and all of them are women. What is the work of these female Shamans? These Shamans of the Kula Devi invoke the powers, the ‘Kala’ of the Goddess in their bodies, they sing the prayers of the Devi, they chant the mantras that are taught to them. They are taught and trained in the mantras, the Yantras, the ‘healing techniques’ to ward off the negative energies, knowledge of the ‘Aushadhis’ the medicinal plants, the psychology of human beings, the hypnosis. They know how to heal through the special body massages and how to touch the body in order to heal it. They are the multi-talented healers.

If a negative or evil spirit is creating problems in a village or one can better understand it as the bad vibrations, these Shamans ward off such negative vibrations also. If a person is possessed by an evil spirit, the Shamans of the Kula Devi cures the possessed person by the secret mantras of the Goddess Kurukulla. If a person is simply psychologically ill, the Shamans cure them from their mental ailments through psychological treatment.

Another important responsibility and the VETO power that these Shamans have is when there is a dispute amongst the ‘Karyakarini’ of the different Devi-Devatas. If the officials of the Devi’s committee fail to solve the dispute, then the Kula Devi’s Shamans take the matter into their hands and solve the matter. Because Goddess Kurukulla is the Devi of the ‘feminine powers’ and is the Devi of ‘Shakt’ tradition, the females have such VETO powers, that if the Devi’s Shamans feel that the committee of the Devi (the Karyakarini) is not following the tradition of the Devi in the proper way, according to the protocols of the tradition, the Shamans have the rights to raise questions over the ‘Karyakarini’ and can stop the ongoing, the proceedings of the ‘Karyakarini’. But in this case, the decision should come from the majority of the Shamans and must seek the permission of the Kaulantak Peethadheeshwar, His Holiness, Mahasiddha Ishaputra. It is clear that there are disciplines to be followed in the proceedings of the Devi wherein the Shamans have the exclusive rights over the entire ‘Mandala’ (the entire group of people working for the Goddess Kurukulla’s traditions under the Deva Parampara).

Apart from this, the major work of the Shamans of the Kula Devi is to tell about the glory of the Goddess to the public. The ‘Aushadhis’ the Ayurvedic medicine that they are taught, the healing techniques, the Mantra Vidya and the ‘Hypnosis’ that they are trained in, are to be put to use to solve the problems of the people who come for help to the Kula Devi. Without making the person who is suffering feel bad about their ailments, be it psychological or paranormal, must be assured that they will get better by the blessings of the Goddess. Then the Shamans try to heal the ones who are suffering through the secret techniques that they are trained in.

In the situation of droughts or famine, pandemic, or big problem that the humanity face, the Shamans of the Kula Devi would conduct and perform a few secret rituals. The entire responsibility to arrange for everything needed to perform these secret rituals rests on the shoulders of the ‘Karyakarini’, on the official committe of the Dev. Further, when these Shamans perform these secret rituals, the members of the Karyakarini would circle the Shamans and protect the proceedings of the rituals from the external obstacles. They also beat the drums, the ‘Peher’ and the other ‘Vadya Yantras’. Inside this protected circle, the Shaman Bhairavis would perform their rituals through Tantric, Vedic, Kaulachari, Bhakti disciplines, in order to ward off the big problems or the calamities on the nation, on the humanity, on Planet Earth, through ‘Samuhik Prarthna’, i.e. collective prayers.

One of the important responsibilities of the Devi’s Shamans is to safeguard the secret tradition of the Goddess Kurukulla. Few things relating to Devi like how to consecrate the ‘Malimukh’ of the Kula Devi, the consecration of the Devi’s Ratha, which is done by both- the Vedic tradition and the secret tradition of the Kula Devi is known to these Shamans. Further, the art of communicating directly with the Goddess, also known as the ‘Sacha Vidya’ through the ‘passa’ of the Devi rests with the Devi’s Shamans. One is the common way to ask the Devi and the Devatas, that almost every chosen person knows in the Deva Parampara. But here we are referring to the special ‘Sahacha Vidya’, where the Devi’s ‘Sacha’ the Granth, the holy book of the Devi), wherein the questions can be asked from Devi. This Granth, the ‘Sachan’ of the Goddess Kurukulla rests with the Devi’s Shamans. Through this, the Shamans practice the foretellings and predictions of the future.

The Shamans are also responsible for inspiring the youth to follow the tradition of the Kula Devi. They also take care of what kind of ‘Sankara’ the virtues are being passed on to the children, the kids through their mothers. They teach the mothers also.

Most important thing to note is that the Shamans of the Goddess Kurukulla are trained by His Holiness, Kaulantak Peethadheeshwar, Mahasiddha Ishaputra Himself. The Shamans learn most of the rituals and the mantras through the Desaj Parampara which is in the Kula Language, Hindi, ‘Khadi Boli’, ‘Brij’, ‘Awadhi’ folk languages. The influence of all these folk languages together with Sanskrit is used by the Kula Devi’s Shamans in their ritual mantras and worshipping of the Goddess Kurukulla.

The most important days when the elaborate Shamanic traditional rituals to worship the Kula Devi are performed are:
Apara Jayanti
Para Jayanti

Further, the Devi’s Shamans are responsible to train the Bhairavis to sing the ‘Ragini’ of Devi. These ‘Ragini’ are sung to welcome when His Holiness, Kaulantak Nath, arrives at an occasion, or is being given the bath, or when His Holiness is being anointed with the ‘Ubtans’ the fragrant Ayurvedic paste on the body of His Holiness before the Holy bath, or while doing ‘Arti’ of His Holiness. Apart from this when the ‘Homa’ or the ‘Yajna’ are performed, during the traditional marriage occasions, there is the ‘Katha’ from the ‘Veda’, ‘Purana’ and the ‘Shastra’. In all the holy and happy occasions, the ‘Ragini’ are sung as the ‘Mangal Gaan’. Besides the ‘Raginis’ there are devotional songs in the Sanskrit and the folk languages that the Bhairavis sing.

Further, the Shamans must train a woman who is completely new to the Kula Devi’s tradition. She must receive the knowledge on how to welcome the Goddess. How to decorate the worship ‘thali’ (plate), how to cook the ‘Roth’ and the Danoli (the food offering) for the Kula Devi. How to make the ‘Korda’ and the ‘Sorda’ bhojan, the correct way to cook, when the head must be covered in which way, is all passed on by the Shamans to the women who are new to Kula Devi’s tradition.

On the special occasions of Diwali, Holi, ‘Grehen’ Eclipses, or the special ‘Amavasya’, the secret Tantrik Sadhana rituals, and the Shamanic rituals are to be performed by these Shamans. Further, these Shamans pass on the knowledge of ‘Shamanism’ to the future generations and to the people from all around the planet whose soul is that of the Kula Devi’s Shaman.

At present, there are eight Shamans of the Goddess Kurukulla. Four of them are the secret Shamans, while the names of the other of four are as follows: