Kurukulla Temple is near Kotla Village. Kotla Village is in Kullu District of Himachal Pradesh, India. The temple is connected with the Link Road that is connected with National Highway no. NH-21 near Aut Tunnel. Distance of the Aut Tunnel from Mandi (Himachal Pradesh) is 54Kms. This same link road that leads to Banjar valley, has a left turn, after 11KMS from Aut tunnel. One has to take this left turn towards Kotla road to reach Kurukulla Temple.

From Delhi to Kullu (via)

From Shimla to Kullu (via)

The other airport is at Gaggal called Kangra airpot which is around 200 km. from Kullu on the way from Kullu to Pathankot. 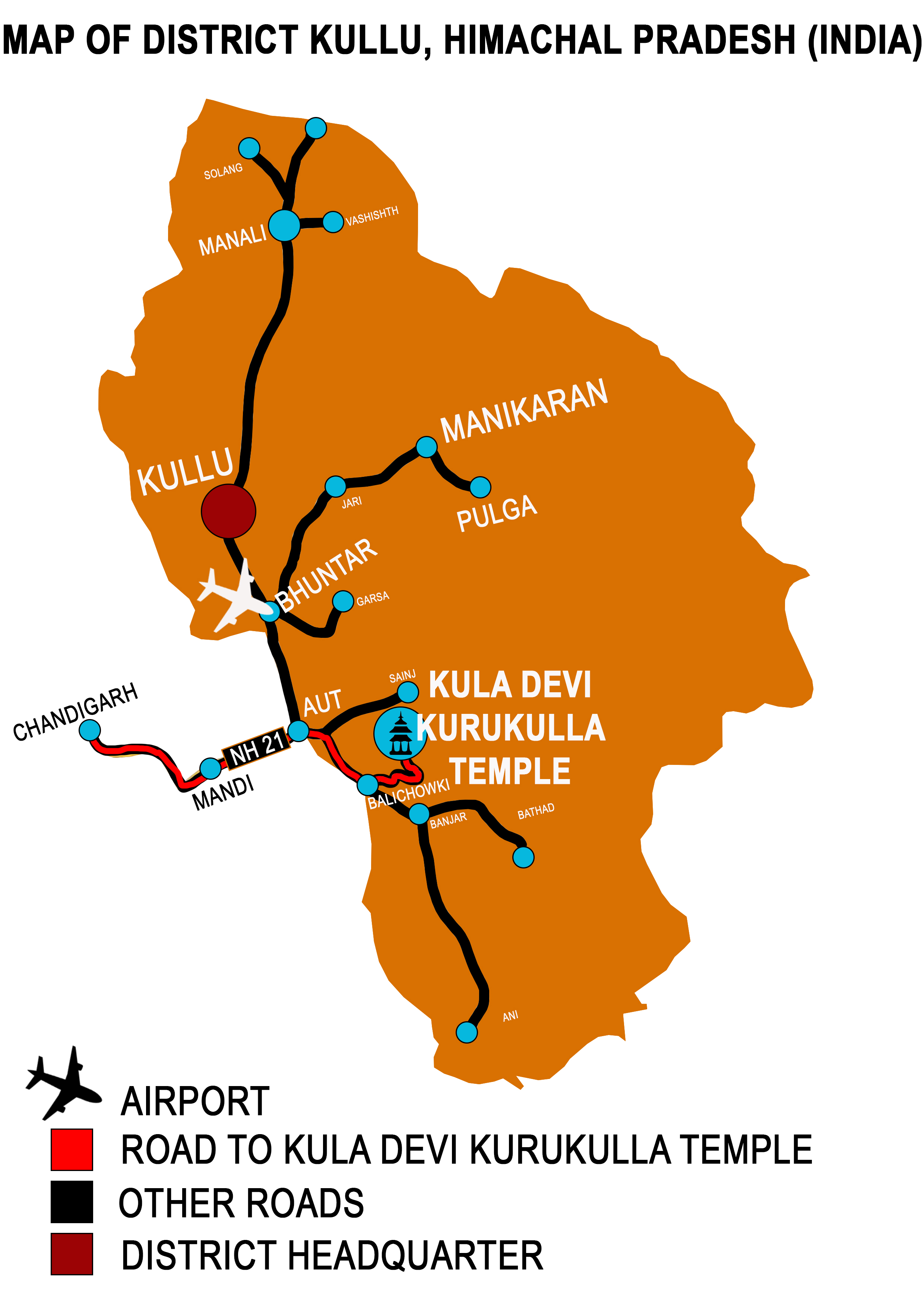